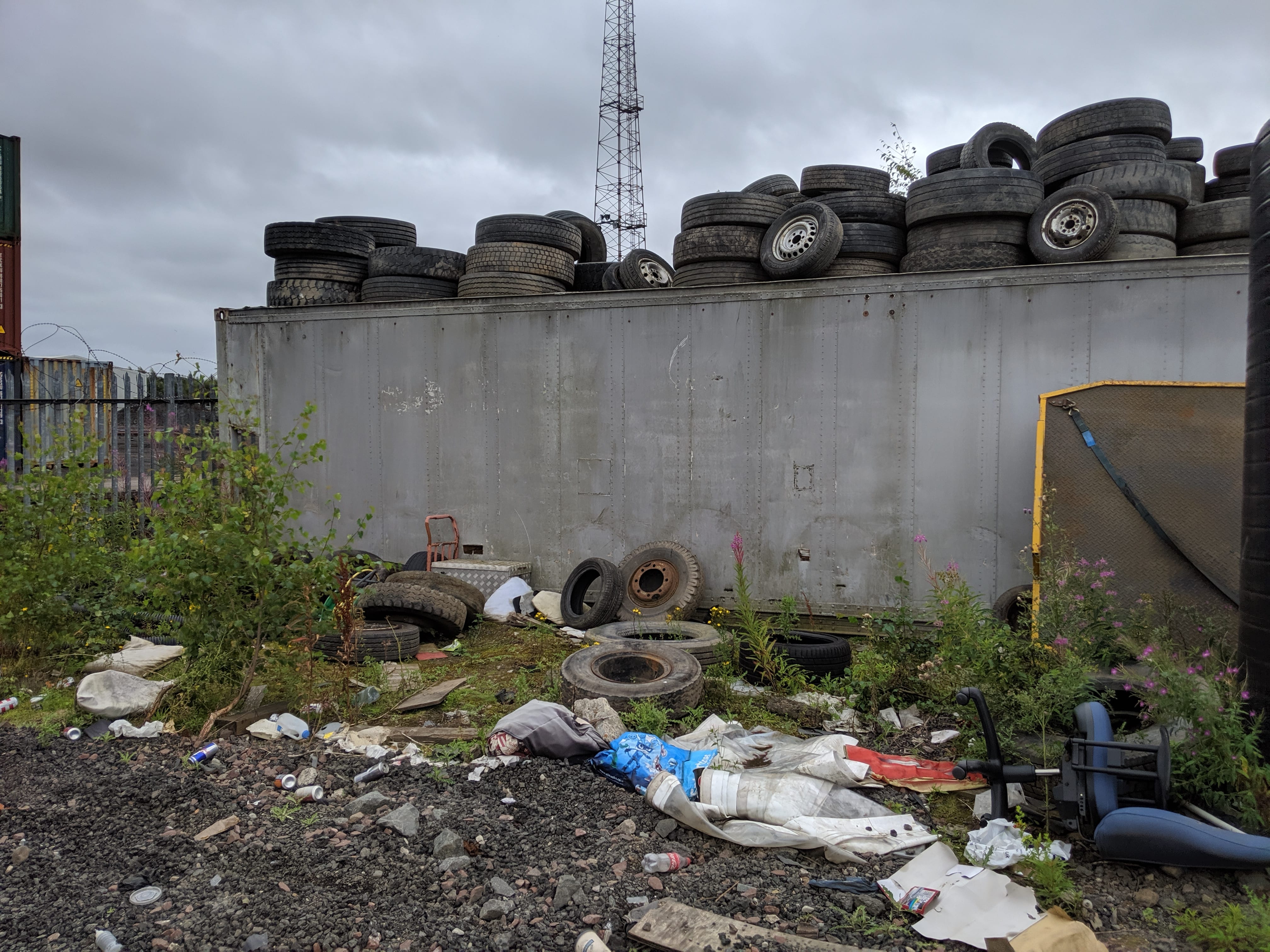 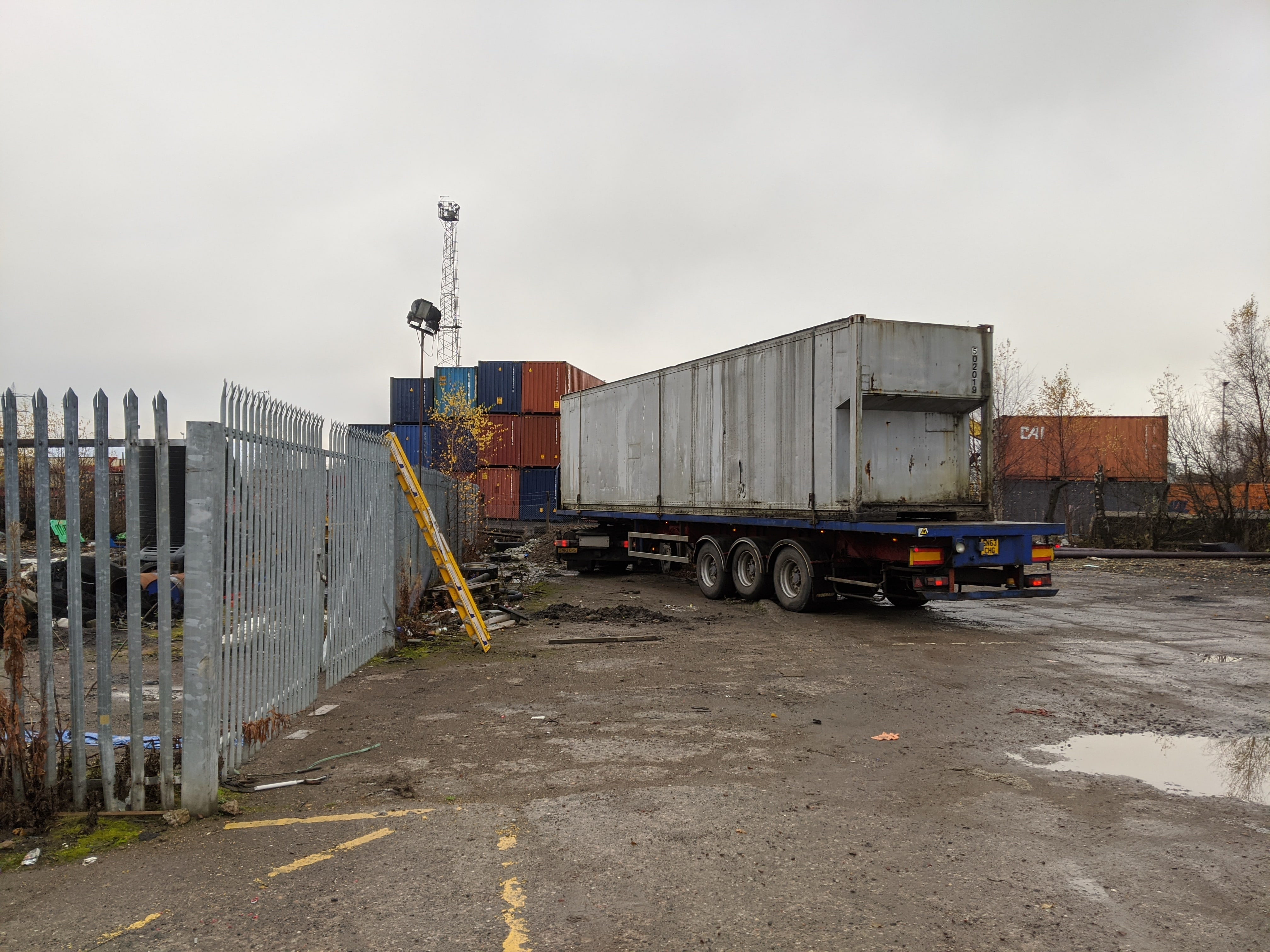 We have spent the last few weeks on a particularly large scale waste clearance in the outskirts of Glasgow.

We were instructed to clear a number of industrial units as well as a large compound which had been subject to years of fly tipping.

This particular part of the project involved clearing inside and above a shipping container, before removing and disposing of the container itself. Unfortunately for us the container was filled with over 250 HGV tyres as well as tonnes of junk and was jammed into a tight corner of the site.

Before we attempted the inside, all the weight had to be removed from the roof, made a great deal easier by the skills of the HIAB operator.

Thankfully the cabin as well as the tyres were able to be removed safely. This though was just the start..........