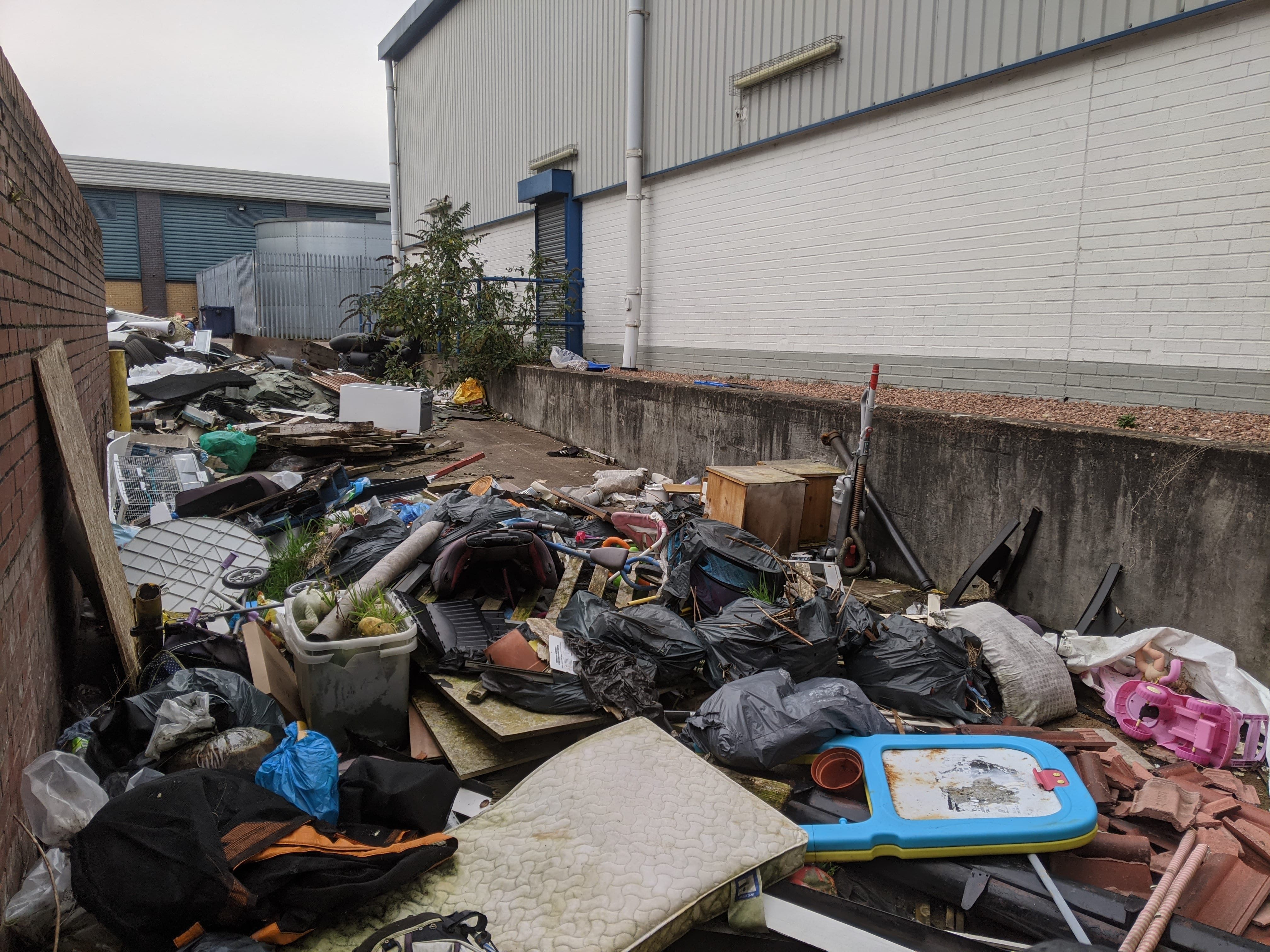 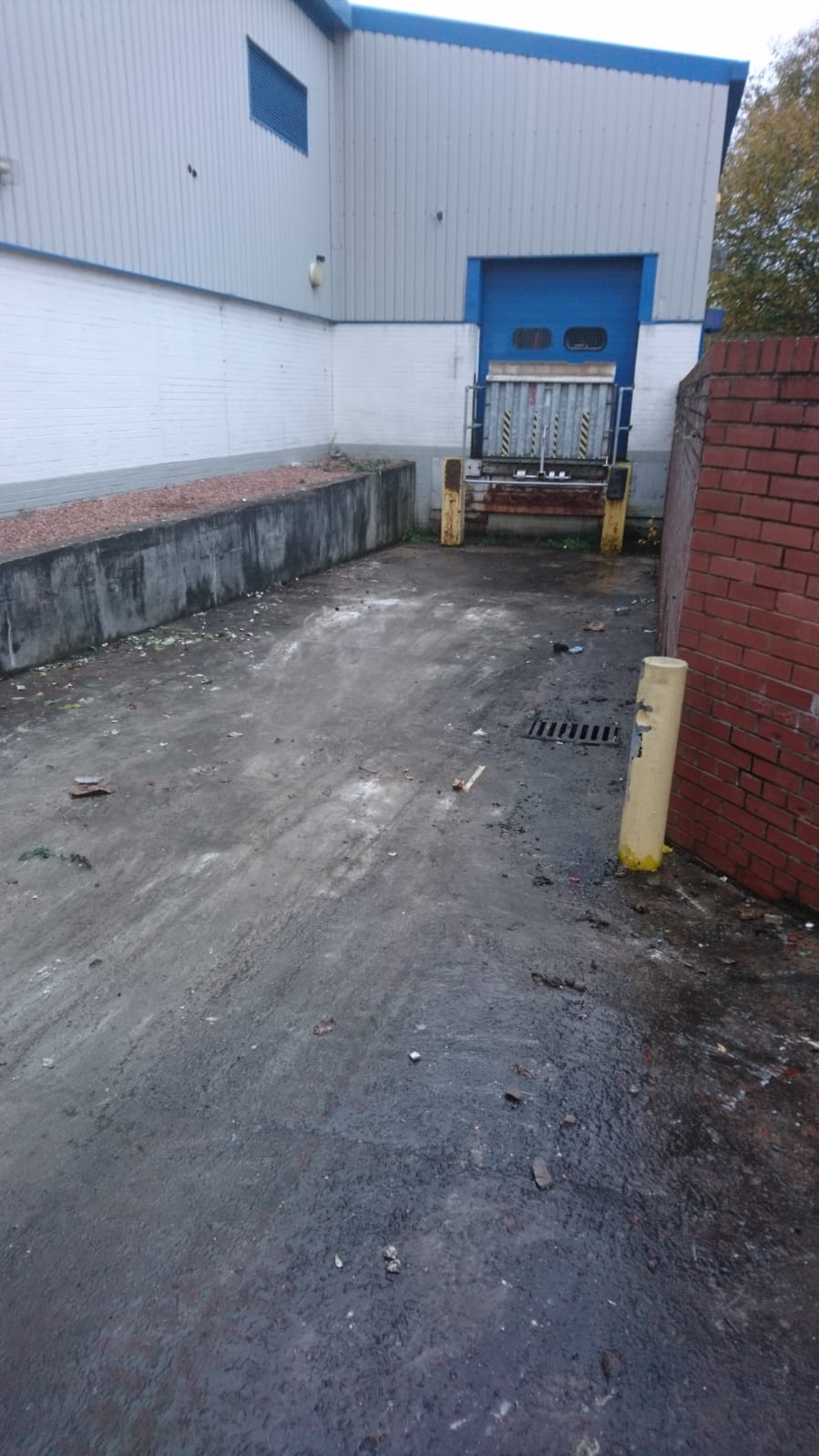 We were recently called to the former Aldi store in Clydebank. We were asked to remove and responsibly dispose of a large amount of fly tipping that had been dumped.

We removed over 80 tyres, 6 tonnes of slate, 7 tonnes of roof tile, 11 fridges, over 60 tins of paint and 11 tonnes of rubbish. This type of work is typical for us but even we have seen a recent spike in large scale fly tipping, perhaps as a result of lockdown.

The clearance was done in day one and in day two we installed 5 stone bollards to prevent any repeat for the client.

The client now has their unit back, a new tenant lined up and a clean and tidy site.